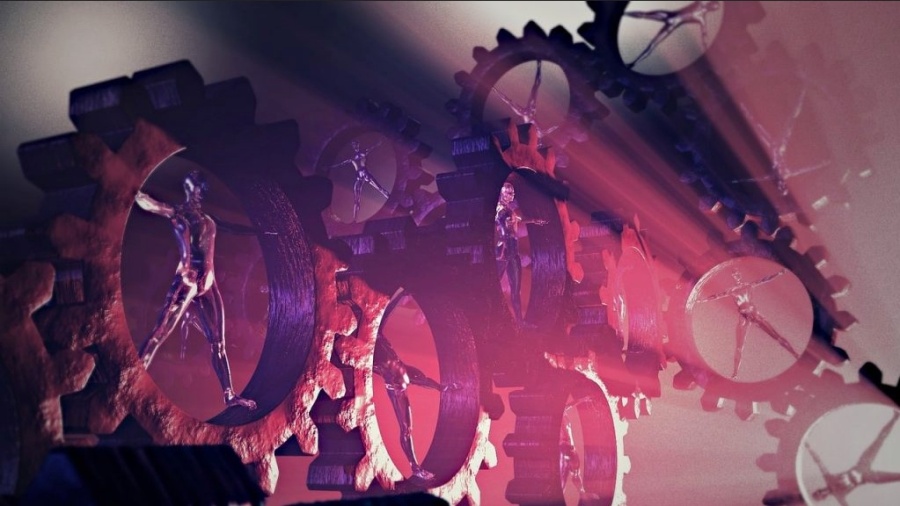 It also feels like I’ve succeeded, but I’ve failed.

On the one hand, I have successfully extricated my heart and its emotions from all of the pathological narcissists / psychopaths in my life.  The peptide bonds and my addiction to them have been broken.  Although the divorce is (still) not yet final, I consider myself single (and not looking).

Also on that same hand, I have begun to lay a path for my life post-divorce, and I’ve begun to participate in it, take it for a spin, identify any bugs.

And there are some bugs.  Once the divorce is finalized, my primary source of income (and really my only option for a while) will be dependent on my soon-to-be-ex’s willingness to keep me on staff.

And we all know psychopaths are not known for their senses of grace, fairness, integrity, or altruism.  They will spite themselves to feel like they’ve won over you.  Even if there is something for them to gain from what you want, the most important thing to them is that you want it, and, well, we can’t have that.

Another bug is the remaining shortfalls in my various skillsets involving living independently.  There are still so many tasks that I’m not sure how to do on my own.  He had made sure to do everything.  Not because he’s altruistic or selfless (although they’re happy to let you believe that), but because he wanted to retain power.  He kept himself useful and needed by keeping me dependent.

So, bugs.  I need to de-bug.  That’s a slow process.  But I’m going through it, slowly but surely.  I’m still not sure what all to ask about and make sure to do, because I don’t know that many of these things exist or that anything must be done about them.  He had retained every once of control he could, and I’d been so exhausted, depressed, tapped out, and depleted that I had been all-too-happy to let him.

Ladies and gentlemen of the jury, had I known the real motive behind his “servitude”, I absolutely would have taken a much different course.  You don’t know what you don’t know, at any given time.  But over time, that knowledge sphere changes.  It’s not always pleasant.  But it is necessary.

The fact that I’d been talking about my successes up until this point is probably well-hidden and may come as a surprise.  Because that doesn’t really sound like success.  It’s…jaded, rusty success.  Success-in-progress.  The growing pains, and, well, The Bugs in the process.  The success lies in the fact that there is indeed a process and that I’m actively going through it.

More successes…I have indeed moved out.  Out from the psychopath’s lair and into the semi-narcissist’s.  The latter is still a spirit-brother to me.  He’s still maintaining the positive trajectory and has made amazing gains over the past year.  He may or may not see it, because he tends not to reflect very often, but he has.  He has his traits and I can see them, but he has learned coping skills for stress and he has found his life purpose, and I am genuinely happy for him.

Our living space is quite workable, even positive.  A couple months before my father died, he remarked how much happier I looked, and I had literally just moved in a couple weeks before, so I hadn’t even been there that long.  We have our healthy routines – housework, errands, grocery shopping, and so on.  We sprinkle leisure activities in between.  The space itself is light, bright, airy, and relatively clean.  It’s going well.  I’m okay, he’s okay.

I am also successfully (so far) navigating the choppy waters of a (so far) uncontested divorce from a psychopath.  This could change on any given day, of course.  Psychopaths are full of surprises, and their favorite trick is to weaponize these to catch you off-guard.  They love to watch you stutter through shock and melt down in devastation.  They get off on the power they believe that gives them.  It’s all for kicks, literally.  They’re addicted to the thrill.

Fine.  The antidote is two-fold.  First, expect the unexpected.  Better yet, anticipate it.  This way, you can develop a plan.  I suggest developing several.  Assume they’re going to throw you every curveball they can, even (especially) the unimaginable and unprecedented, and create a strategy for dealing with it.  Brainstorm until you’ve thought of every scenario you possibly can, even those that seem ridiculous and outrageous right now.

Second, remain stoic in all dealings.  This probably goes beyond gray-rock mode.  It’s not just about one-word (or minimalist) answers and not over-sharing information (especially personal) with them, but also wearing an expressionless mask, showing no emotion whatsoever.

I haven’t even told him that my father passed away.  I’m not even sure if he knows.  If so, he probably wouldn’t tell me.  They love to withhold information–but they do want all of yours.  And being the helpful, open, honest people that we are, we want everything to be transparent and out in the open.  With them, you can’t do that.  You have to stoop to their level if you are to preserve yourself.  This isn’t just self-defense; it’s self-preservation.

Somehow I’m still alive.  Somehow I managed to secure the assets I have (which are few).  I haven’t managed to get him to sign yet.  In fact, my text about when we can sit down and review the final version of the decree has gone unanswered since yesterday afternoon.  It is now late morning.  Expect this, too.

With malignant narcissists and psychopaths, communication (if you absolutely have to) is characterized by several themes – waiting, nagging, dodging, and persisting.

Waiting is, of course, the fact that you’ll send them a text and wait–sometimes for days–for their reply.

Nagging is what you have to do when you want them to get something done but they drag their feet.  Or, you’ve asked them to do something and you want to make sure they actually heard you and cared enough (about the backlash from you, not about you yourself) to remember.

Dodging is how you have to subtly and skillfully skirt those invasive trick questions they love to ask for which there is no right answer.  You know, those questions in which you’re damned if you do and damned if you don’t.  You’re screwed no matter what your answer is.  Any answer is information, and information will always be used against you.

Persisting is when you have to repeat and reframe your questions for them until they stop dodging them.  They love to ignore your questions and pretend (or at least act like) you never asked them.

There’s also a difference in the motive for the questions between us and them.  We ask legitimate and genuine questions to gain information we need.  “What’s my schedule for this week?” is an innocent enough question (that still takes a good 24-36 hours for him to answer despite the fact that he’s at the facility when he receives my text).  You have no other interest in asking the question, and you’re not going to use the answer against them.

Thus, you’re well within your rights to persist, until they stop dodging.

Their questions, however, are not so legitimate.  They ask invasive questions (that might not even seem all that invasive at the time, so watch out!) in order to gain information that they can weaponize against us later.  They want to know where you are and what you’re doing at any given time so that they might be able to use you for something they need to get done later.

Here’s the deal: they have no right nor entitlement to know where you are, what you’re doing, who you’re with, what you’re planning, or what you hold near and dear to your heart, at any time.

Even small talk can be dangerous.  You don’t have to say you’re going out with some friends that night; they’ll spin up a tale in their heads that you’re going to a pick-up bar to snag a one-night stand after getting sloppy drunk and leaving the kids home unattended.

The Narcissist/Psychopath Dichotomy: they seem like they’re never present with you, they never care about you, and they’re not listening to you–ever…until…they can suddenly use a piece of information you gave them months ago to their advantage now.

It’s possible that just the fact that I now know how to deal with the psychopath in my life, is in itself a success.  Success really does come from a string of failures, doesn’t it?

So maybe that’s why I may think I’ve failed when I’ve actually succeeded.

Now let’s flip that around – I may think I’ve succeeded when actually I’ve failed.

The truth is, I’m still not independent yet.  I got turned down in the spring for the job I’d been training for for the previous six months.  So, I still don’t work or live independently just yet, and it looks like it could be quite a while before I do.  I’m spinning my wheels a little, career-wise.  There are several semi-promising avenues I’ve begun making real progress in, but nothing has translated to income just yet.

I’m still not entirely self-focused (in a healthy way) yet.  Because I live with someone else and my divorce isn’t even final yet, much of my focus is on others.  My soon-to-be-ex always gifts me a panic attack every few weeks to months, and our finances are still tied together, so I still have to monitor constantly.  My projects take up a lot of my day time, but there are multiple, and I can only work on one at a time.  My spirit-brother/roommate often has plenty of ideas about what we can do on This or That evening or weekend, and they’re all pretty enticing.  I’ve realized I need to have my fun, too.

This translates to not having watched a Lisa Romano video for a few weeks, not having yet made much progress on the “Codependent No More” book my Amazing Bestie lent me to read, not having gotten back into working out, and having put the guided meditation videos on hold for a while now.

I still do eat well, journal, pet my kitties, remain honest with myself about my feelings, and have my fun (food, karaoke, day-trips, card game nights, and so on).

This time-capsular reflection might not say what I had wanted it to say; I’m not as far along my plan as I would’ve like to be by now.  But, it could also be worse; at least I’ve made the progress I have and I have room and space to make more.

And make more I will…eventually. ❤

One thought on “Time Capsule: the first year (sort of) post-narcissism”

Seek and ye shall find…

An Attempt To Organize